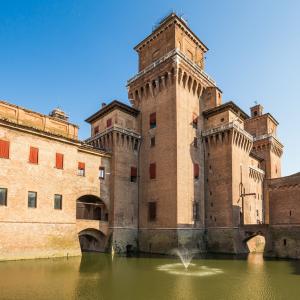 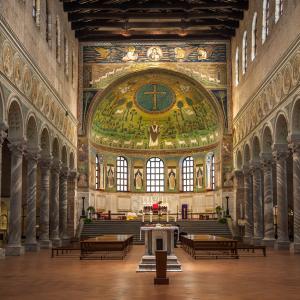 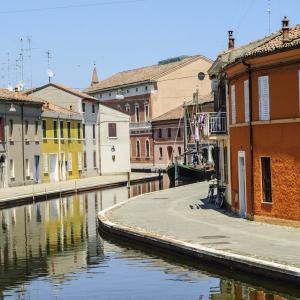 Many inhabitants of the Apennine municipalities between Romagna and Tuscany know, even just by name, the Alpe di Serra Pass (1148 m), and many have also heard about the Via Vecchia Romagnola that preceded the Mandrioli Pass (1173 m.), and possibly about the Via Maior, as it is called in Camaldolese notarial deeds from just after the year 1000 to our days. Many people in the Santa Valley on the Tuscan side and in the Savio Valley on the Romagna side remember that their grandfathers used to cross the Apennines through Alpe di Serra for work, to make purchases or to meet their girlfriends.

The stone pavings, cobblestones, and stone ballasts of many stretches of this road between Bibbiena and Bagno di Romagna have caught the imagination of many visitors, of lovers of history and archaeology or even of mushroom hunters, who have often called Roman Road what in reality is a road that pre-dates the Roman conquest, in spite of the fact that nothing specifically "Roman" can be seen along the route and the stone pavings and ballasts are only a few centuries old.

In the mid-19th century, in the Saxon library of Herzog August of Wolfenbuttel, a researcher came across a document written around 1236 and describing pilgrimage roads connecting the Hanseatic city of Stade to Rome. Among the stages of a possible itinerary, it explicitly listed Forlì, San Martino in Strada, Meldola, Civitella, Bagno di Romagna, Alpe di Serra, Campi di Bibbiena, Subbiano, etc. The document, part of the Annals of Stade (Annales Stadenses), was written by the abbot Albert, a Franciscan friar in the convent of St Mary at Stade, as a tale – as was often done in the Middle Ages - describing the conversation between two friars, Tirri and Firri, on a pilgrimage to Rome. At the same time it provided different routes with precise information about places, distances and road conditions in the journey to and from Rome.

This itinerary runs along the Germanic Romea Road from Ferrara to Bagno Romagna and covers approximately 214 km.

STAGE 1 - FROM FERRARA TO ARGENTA

Between the 7th and 8th centuries, due to the constant barbarian invasions that devastated Voghenza, the bishop's see was moved from Voghenza to Borgo San Giorgio, located on the right bank of the Po river, across from the 6th-century Byzantine castrum. Traces of this first settlement in Ferrara can be seen on the site of the ancient Cathedral of St. George outside the walls. In the Romanesque period, the city developed more on the other side of the Po river, thus overshadowing Borgo San Giorgio; as a result, the bishop's see was moved in 1135 to the current Cathedral of Ferrara, in the very centre of the city.
These were the years of the first emergence of town autonomy which led to a small Commune government in the 12th century. The town started a process of local urban development, with the construction of several buildings such as the Cathedral and the Municipal Palace, and with new roads starting off from the axis of the first streets: Ripagrande and the parallel "service road" of Via Capo della Volte, which followed the bank of the Po River. The Este family ruled unchallenged over the city for almost three centuries, making it the capital of a small, but culturally very active, regional State.

STAGE 2 - FROM ARGENTA TO S. ALBERTO

Although probably built in Roman times, tradition has it that Argenta was built at the behest of Esuperanzio, bishop of Ravenna from 425 to 430, on the right bank of the Po River, near Pieve di San Giorgio, the oldest place of worship in the Ferrara area, now about one kilometre away from the centre of Argenta.
Places to visit: Pieve di San Giorgio, Shrine of the Celletta, the Delizia di Benvignante palace, the Campotto Valleys.
The Campotto Valleys are at the south of the town, and are bounded by the Reno River to the north and the provincial borders to the south. The term Campotto Valleys indicates the part of the Po Delta Regional park that falls within the municipal territory of the town of Argenta.

STAGE 3 - FROM S. ALBERTO TO RAVENNA

Sant'Alberto is a small village on the right bank of the Reno, where the river runs along the Lido Magnavacca Valley, near the middle land bridge.
The name S. Alberto refers to Saint Albertus Magnus, also known as Doctor Universalis, Albert the Great and Albert of Cologne (Lauingen, 1206 - Cologne, November 15, 1280), a Doctor of the Church. This German Franciscan friar is regarded as the greatest German philosopher and theologian of the Middle Ages.

This stage is rather long, but not a hard one: it can be divided at different points, especially if choosing the seaside route and leaving the last kilometres to the next day, in order to have all the time necessary for the visit to Ravenna.

STAGE 4 - FROM RAVENNA TO FORLÌ

Ravenna is a city with 160,243 inhabitants, capital of the province of the same name in Emilia-Romagna and world capital of mosaics. It is the largest and historically most important city in Romagna; its municipal territory is the second largest in Italy, next to Rome, and includes nine beaches along the Adriatic coast.
Ravenna has been capital three times in its history: of the Western Roman Empire (402-476), of the Ostrogothic Kingdom (493-553 King Theodoric) and of the Byzantine Exarchate (568-751). As vestiges of a glorious past, the early Christian monuments in Ravenna have been declared a UNESCO World Heritage Site.

This stage is also rather long, but all on level ground, and in an urban area.

STAGE 5 - FROM FORLÌ TO CUSERCOLI

Forlì: Forum Livii in Latin (also called Forlivio, Furlì in Old Italian) is one of the Roman market cities that punctuate the Via Emilia from Piacenza to Rimini. It is the capital of the Forlì-Cesena province in Romagna. Forlì is also the linguistic centre of the Romagna dialect.
It used to be part of the Ostrogothic Kingdom, then of the Byzantine Empire together with Ravenna, until in the 6th century, following the intervention of Pepin II, the Short and the False Donation of Constantine, it became part of the Papal States and remained so almost without interruption until the unification of Italy in 1861.

The most famous building of the city is the Church of San Mercuriale, which dates back to the 12th century, and was erected on the site of the Basilica/Cathedral of Santo Stefano. The bell tower in the Lombard style is the work of Francesco Deddi; it was begun in 1178 but was remodelled in later periods. Inside the church there are many monumental and pictorial works of art, including paintings by Palmezzano.

With this stage we start a completely new route that will take us first to the hills, then to the mountains, and across the Apennines to enter Tuscany.

STAGE 6 - FROM CUSERCOLI TO S. SOFIA

Cusercoli is a small village in the municipality of Civitella di Romagna.
Originally, the settlement of Civitella was surrounded by walls, under the rule of the Abbey of Sant'Ellero of Galeata. The town's name is mentioned in 996 as part of the Church of Ravenna. Later the town was annexed by the Counts of Giaggiolo. After being laid claim to by different seigneuries, Civitella became part of the Papal States, marking the border with the Grand Duchy of Tuscany.
At the end of the 19th century, the town gave birth to two historical figures who featured prominently in Italian history: Nicola Bombacci, who in 1921 was one of the founders of the Communist Party, and Leandro Arpinati who was, with Benito Mussolini, among the founders of early fascism.
The municipality includes Cusercoli, located on the left of the Bidente river. From it elevated position it overlooks the surrounding territory between Meldola and Civitella di Romagna.

The history of the small village of Cusercoli is tied to the castle that dominates it. It was built on the site of a late-Roman structure, of which only an imposing dry stone wall remains. The rocky outcrop on which the village lies blocks the Bidente Valley and forces the river to deviate from its course. This generated a legend among the inhabitants attributing the creation of the massive outcrop to the mythical Hercules. According to some sources, this legend produced the term Clusum or Clausum Erculis (lock of Hercules), and thus Cusercoli.
The original medieval fortress dates back to the 12th century. In the 14th century a fortified palace was added to it, as residence of the feudal lord. Later the walls were enlarged and a second circle of walls enclosed the whole village.

Places to see: the Sanctuary della Suasia, the Castle Church, the Oratory of S. Filippo, the Fortress of Civitella, the Castle of Cusercoli.

Seen from the top of the hills encircling the high valley where it lies, the village of Santa Sofia looks like a miniature copy of Florence, with its river embankment in grey stone and its Tuscan-style palaces that are reflected in the waters of the Bidente river. After all this small town, now in the province of Forlì-Cesena, was part of Tuscany for over half a millenium: from the middle of the 15th century to 1923.
In ancient times the town rose around two separate Roman fortified centres that faced each other on the opposite sides of the Viti (today the Bidente river): on the left was an anti-Longobard fortress of the Byzantines - hence the name of Sofia, meaning Divine Wisdom in ancient Greek - which then became a medieval castle that was destroyed by an earthquake in November 1918; on the right was a fortified garrison of Roman troops. Over the centuries the two banks were entirely overtaken by dwellings.

The urban centre that was thus formed is characterized by many palaces of an exceptional aesthetic and architectural value: the former residence of the Counts Crisolini-Malatesta, now the Town Hall, the former 17th-century villa of the Mortani and then Giorgi families, now housing the Banca Romagna Centro-Credito Cooperativo, the palace of the Pagani-Nefetti family and the palace of the Counts Gentili in the square of the same name, the grandiose building, remodelled between the 16th and 17th centuries, of the Bianchini-Mortani family (heirs of Neri, son of Uguccione della Faggiola).

Santa Sofia continued to be a "frontier town" from the time of the Umbri and of the Etruscans to 1859. Until the unification of Italy, a border line divided the town into two: on one side it belonged to the Grand Duchy of Tuscany, on the other to the Papal States.