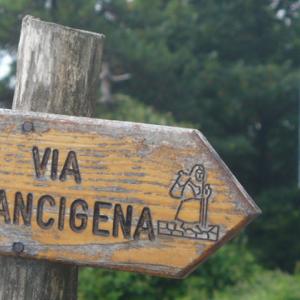 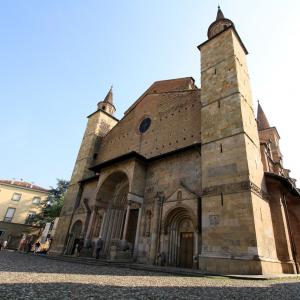 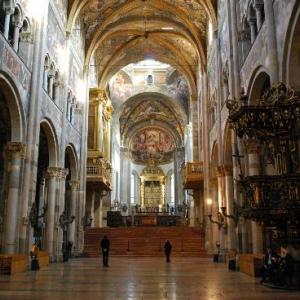 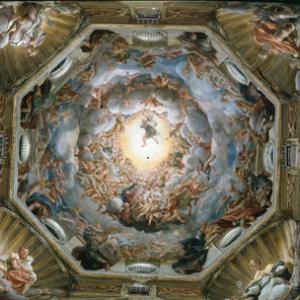 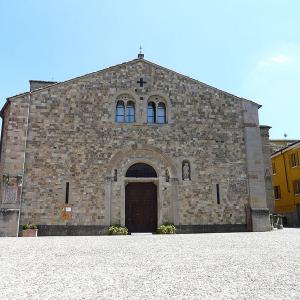 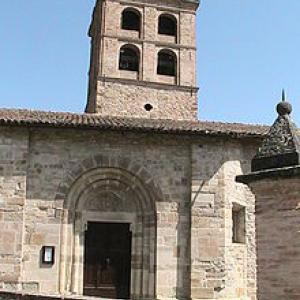 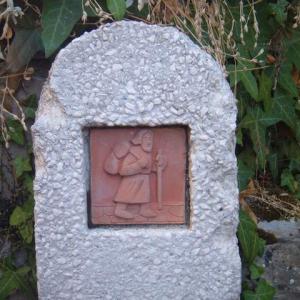 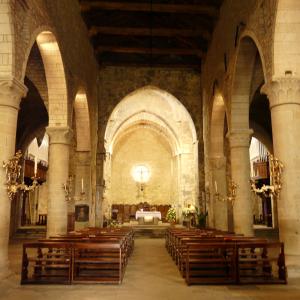 Pilgrims travelling to Rome along the Via Francigena have left precious traces of their passage through the territory of the Province of Parma, which they entered after crossing the river Po in the direction of the Apennines. They then journeyed through several villages in the plain and the hills - Fidenza, Noceto, Medesano, Sant'Andrea, Fornovo – and then in the mountains - Terenzo, Berceto.

For a short stretch, the Via Francigena is divided into two sections, one leaving from the town of Fidenza and the other from San Pancrazio (nowadays part of the Municipality of Parma), that join up at Fornovo di Taro. From here the faithful would continue through the Cisa Pass in the Apennines, cross the Lunigiana region and reach the Tyrrhenian coast.

The city of Parma, at the heart of this land of passage, witnessed for centuries the devotion of the pilgrims journeying to Rome and still retains, in the most outstanding works of its artists and architects, the signs of its vocation for welcoming the faithful. The splendid Cathedral of Parma was built around 1100 and, together with the Baptistery with sculptural decoration by Benedetto Antelami displaying the most evocative symbols of Medieval faith, is a magnificent representation of the religious feeling of the pilgrims.

Many historical and cultural places enrich the city and its province: the numerous rural churches, cathedrals and abbeys along the Via Francigena and the Abbots Way, an extensive network of museums with first-rate historical and archaeological artifacts, and an opera theatre with a long and established tradition.

As well as enjoying an ideal geographical location for the passage of pilgrims, Parma has been the birthplace of many artists who have left an indelible mark in all fields, from sculpture to architecture, from painting to music: the names of Benedetto Antelami, Correggio, Parmigianino, Giuseppe Verdi and Arturo Toscanini are known around the world.

While human ingenuity is a definite local asset, nature also has endowed the Parma territory with beautiful landscape (parks and natural reserves, mountain lakes, sweet and fertile hills) and resources that can be exploited for tourism, such as spa waters. Thermal tourism is another asset of the Parma area: the spa resorts of Salsomaggiore, Tabiano, Monticelli and Sant'Andrea Bagni guarantee an excellent quality of stay and service not only for those in need of treatments, but also for those who want to dedicate time to their well-being.

A stay in Parma also means enjoying the excellent food and wine of the area (Parma Ham, Parmigiano Reggiano, Culatello di Zibello and Porcini Mushrooms of Borgotaro PGI are known and appreciated around the world), which is part of an ancient tradition and is promoted by the network of Food Museums.

The many outstanding historical, artistic and natural features of the province of Parma are supported by an established culture of hospitality and by first-class hotel facilities.

Piedi
Bicicletta
Macchina
THE VIA FRANCIGENA FROM FIDENZA TO SARZANA